With “tickets” acting as a foundation, there are plenty of places on the checklist to find them. For many, it starts with the rookies. Contenders has a long history of being a set with broad appeal for Rookie Card fans, autograph collectors and set builders. So even though boxes aren’t the most expensive (though, they’re not cheap, either), there’s historically significant demand for key Rookie Ticket Autographs. 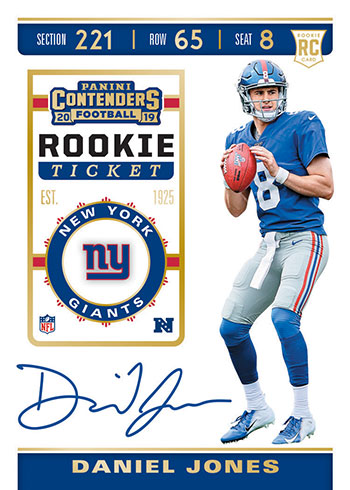 Numbered as part of the base set, collectors can look forward to a deep roster of players including standouts and dark horses that might take some time and patience. Often, some of the less desirable names can turn out to be coveted due to short prints that present a challenge for set builders.

In addition to the base versions, there are parallels that are numbered: Playoff Ticket (/99 or less), Championship Ticket (/49 or less), Cracked Ice (/23), Printing Plates (1/1) and Super Bowl Ticket (1/1). Die-cut Ticket Stub (/99 or less) and acetate Clear Ticket (/10) versions are back after making their debut in 2018 Contenders Football.

Addition variations use different photos from the main versions.

The rookie, ticket and autograph trinity doesn’t end with the base set. The 1998 and 1999 designs get the homage treatment for additional on-card signatures. They’re not easy pulls, though. Base versions have no more than 20 copies each. Gold (/10 or less) and Platinum (1/1) are the lone parallels. 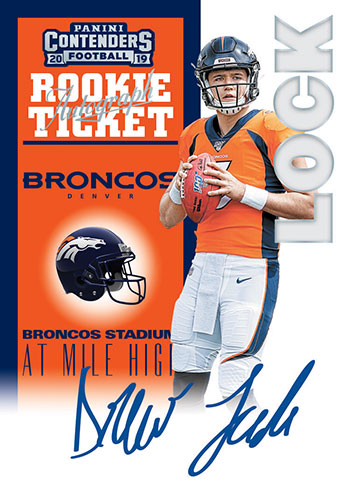 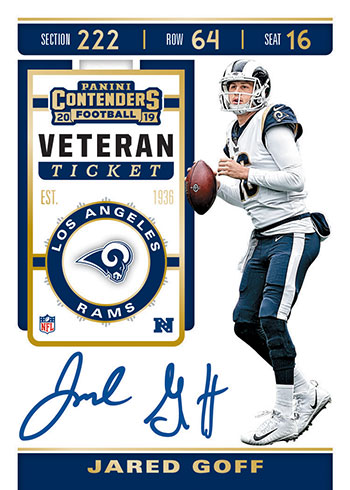 Contenders to Canton Autographs (/20 or less) are something of a time capsule. Limited to Hall of Famers, cards highlight a player’s first Contenders card alongside a shot from their induction. 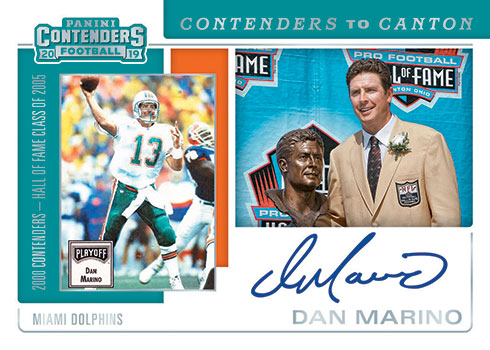 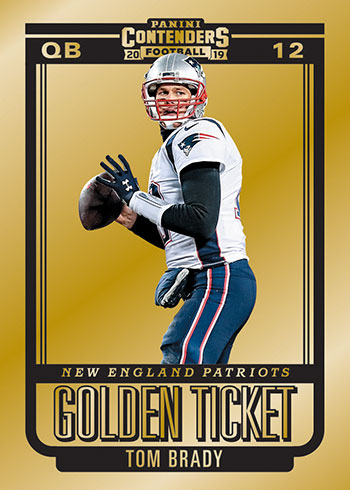 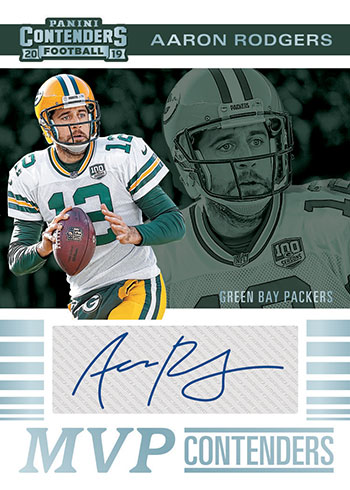 2019 Panini Contenders Football is also available at retail. Blasters, which have five packs, promise either an autograph or memorabilia card.

Fat packs, which have 22 cards each, are home to Emerald parallels. Autographs are available, but not in every pack or box.