2019 Panini Elite Extra Edition Baseball cards offer another dive into the sport’s prospects. While the latest draft class is front and center, the checklist also goes into the international baseball scene. As usual for the brand, hobby boxes feature lots of autographs — eight total across just five packs. Boxes also have a pair of memorabilia cards. 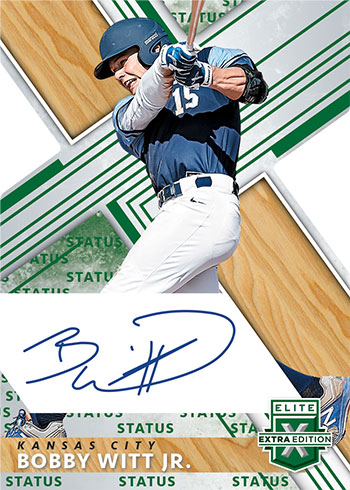 The main set is a mix of 2019 draft picks and other prospects. This includes players from the Dominican Prospect League, which Panini holds an exclusive with. All base cards are numbered to 999 copies. 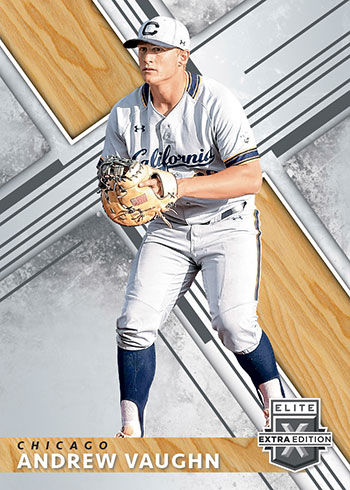 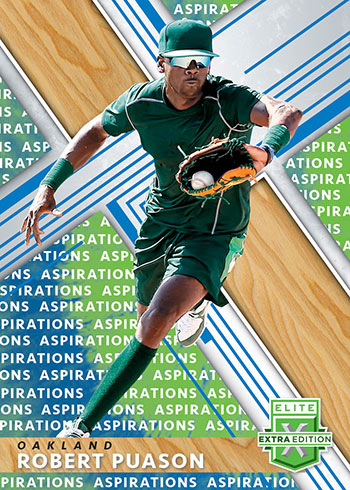 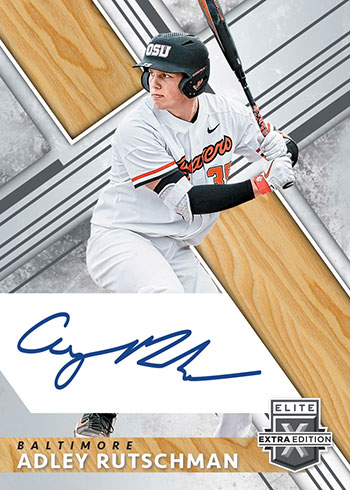 Similar to what Panini has done over the past couple of years with Contenders and giving it a chromium makeover with Contenders Optic, 2019 Elite Extra Edition Baseball has Opti-Chrome Autographs (/99 or less). These also have additional Holo (/25 or less), Gold (/10 or less) and Gold Vinyl (1/1) parallels. 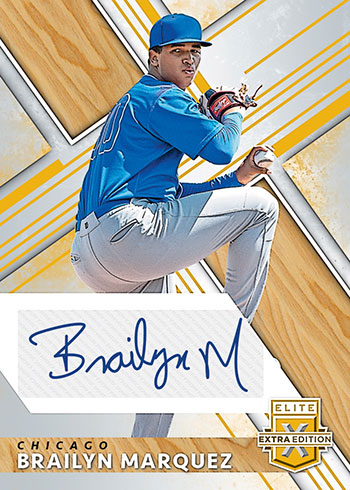 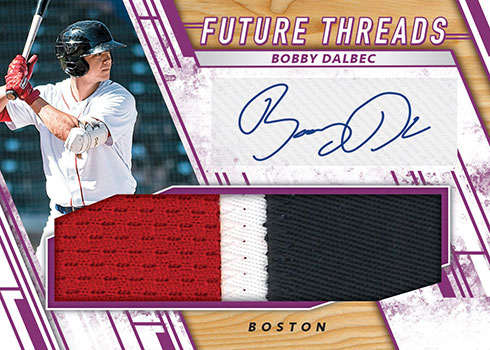 Dominican Prospect League players have a couple of places on the checklist with signatures outside of the main Base Autographs. DPL Signatures have on-card ink while DPL Jumbo Material Autographs feature memorabilia.

2019 Panini Elite Extra Edition Baseball has USA Baseball autographs as well with Collegiate Tickets, Collegiate Silhouette Autographs and National Team Signatures, which have players from the 15U and 18U squads. 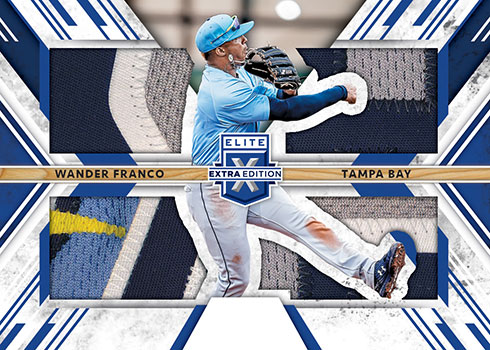