Contenders Basketball is in too!!

For more than 20 years, Rookie Ticket Autographs have been a cornerstone of the Contenders brand. While much of that history is in football, the theme has been catching on in hoops as well. The ticket theme is the foundation of the design but the on-card signatures help anchor their appeal. In addition to their base versions, Rookie Ticket Autograph parallels include Cracked Ice (/25) and Championship Edition (1/1). 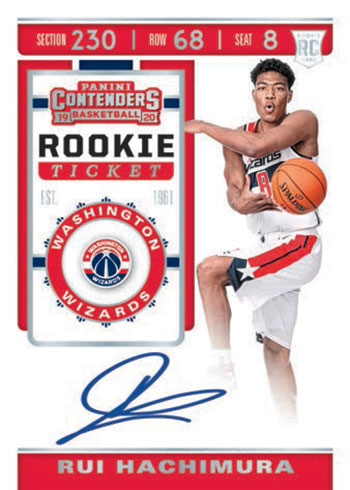 There are also Premium Edition versions that are done with chromium stock similar to Contenders Optic. Among the Premium Edition colors are available in Gold (/10) and Gold Vinyl (1/1). Green Shimmer cards are exclusive to retail. 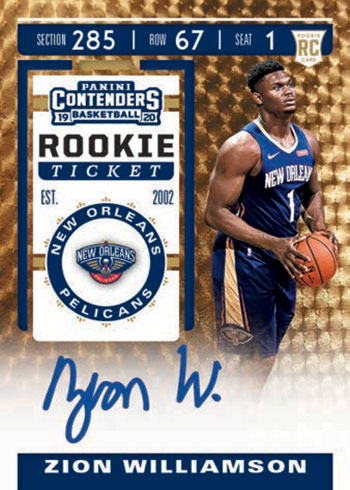 Variations are also available, offering further versions to chase. These use different photos. 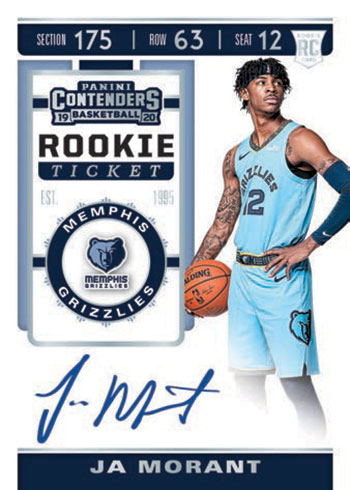 New in 2019-20 Panini Contenders Basketball are retail-only Rookie Season Ticket Stickers. According to Panini, the 20 players featured on these cards are different from the Rookie Season Ticket cards found in hobby packs. Sticker parallels are available in Playoffs, The Finals, Stub, Cracked Ice, Premium Edition, Printing Plates and Championship. 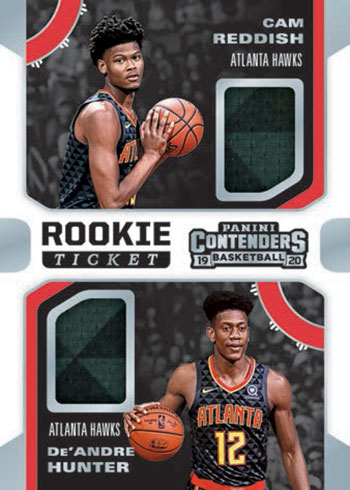 Veterans and retired stars get in on the signature ticket action with Veteran Season Ticket Autographs. These also have on-card signatures. Similar to rookies, Premium Edition Green Shimmer parallels are only in retail. 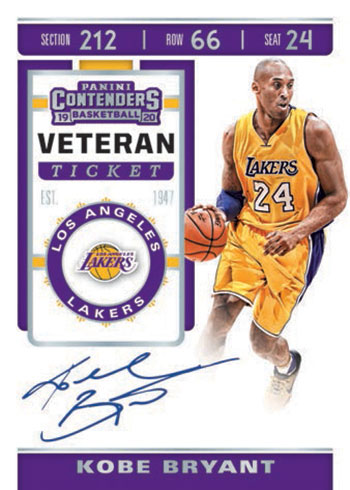 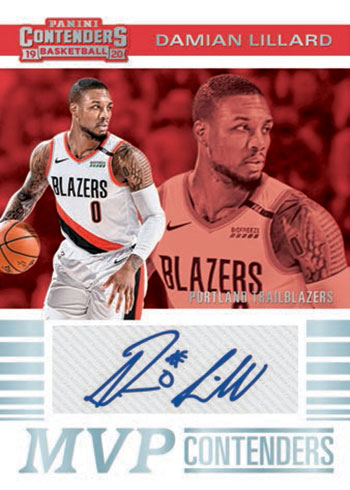 2019-20 Panini Contenders Basketball has several other additional inserts. License to Dominate and Permit to Dominate are both short prints, meaning they’re tougher to find than most. Designs for both look like driver’s licenses. 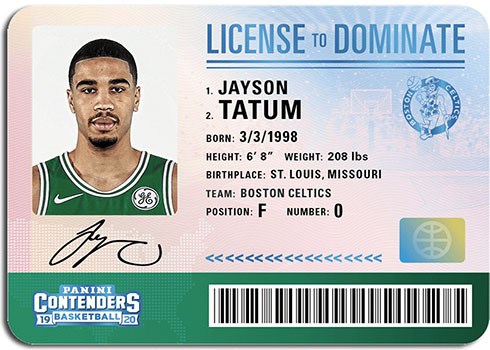 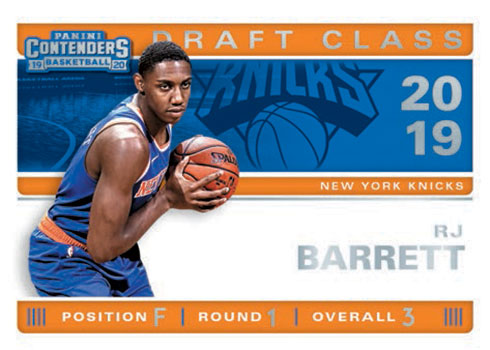